Reading the end of St. Paul’s letter to the Romans, the part where he lists everyone he wants to greet, I was struck by verse 13: “Greet Rufus, chosen in the Lord, and his mother and mine” (NABRE). Is that one woman or two? The English Standard Version, while not as literal, gets across what most commentators think he meant:

“Greet Rufus, chosen in the Lord; also his mother, who has been a mother to me as well.” 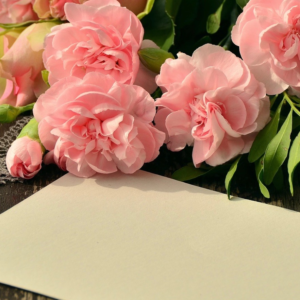 We don’t know much about Paul’s private life and I love this tiny insight. A woman who now lived in Rome, 700 miles away from where he was wintering in Corinth, was dear enough to him to be remembered as “mother” when he wrote. His own mother, if she was alive and still living in Tarsus, would have been 1200 miles in the other direction. Perhaps in his travels, this family of Rufus took him in. Maybe the mother had tended his wounds, fed him when he was hungry, provided a safe haven on the road. Maybe they spoke together of Jesus around the dinner table. Maybe she encouraged Paul in his work.

In praise of mothering

It’s all conjecture, but what else could it be? Because that’s what mothers do. Whether they are biological or adoptive or spiritual mothers, women care for people, they take care of them, they challenge and encourage them to be their best. There’s a reason for the cliché that dying soldiers often call their mothers with their last breath. Mothers do more than give us life. They help us live it well and they are always there for us. 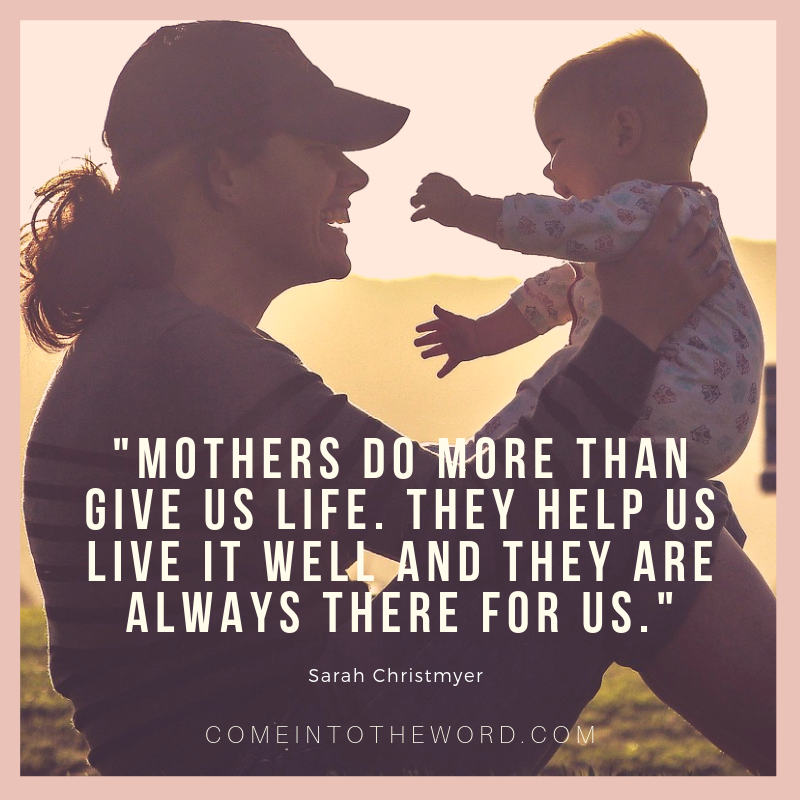 Here’s something else from St. Paul that shows he knows well the spiritual value of motherhood. He wrote it to his protégé Timothy from prison shortly before his death:

“I am reminded of your sincere faith, a faith that dwelt first in your grandmother Lo′is and your mother Eunice and now, I am sure, dwells in you. […] But as for you, continue in what you have learned and have firmly believed, knowing from whom you learned it and how from childhood you have been acquainted with the sacred writings which are able to instruct you for salvation through faith in Christ Jesus” (2 Tm 1:5, 3:14, RSVCE).

From my own childhood, I have been acquainted with Scripture that I learned “at my Mother’s knee,” as they say, and she learned the same from her mother before her. Like Timothy, my faith comes not just from instruction but because that faith “dwelt” or lived in them. By watching and receiving from the poured-out lives of Mother and Grandmas and aunts and other women in my life, I—like Timothy—have faith dwelling in me.

On Mother’s Day, this “greeting card” from St. Paul — with a huge shout-out to my own mom and to all mothers out there, biological and otherwise.

You may also enjoy these reflections from previous Mother’s Days:

Inspired by Paul’s words to Timothy, I’ve written a book featuring the legacy of biblical mothers like Eve and Sarah, Rachel and Leah, Miriam and Hannah and Esther and Ruth. Each chapter highlights first a story of faith in the life of a woman who mothered me spiritually. I hope that like me, you will see the connection: that we can live their legacy of faith and pass it on. 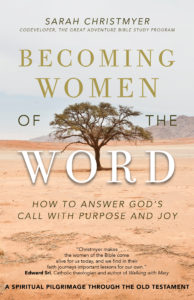 Becoming Women of the Word: How to Answer God’s Call with Purpose and Joy

A spiritual pilgrimage through the Old Testament

Available for pre-order now at Ave Maria Press, Amazon and Barnes and Noble