Tomorrow we celebrate the birth of a king, the Son of God. Did you know that the day he was born, many thought he had already come?

“He” was not a simple child of Israel. “He” was Caesar Augustus, who had already ruled for nearly 30 years.

The adopted son and successor of Julius Caesar, who had proclaimed himself God, Augustus became known as the “son of God.” Caesar worship was then the official religion. He was celebrated everywhere for saving the world and bringing unity and peace and prosperity. 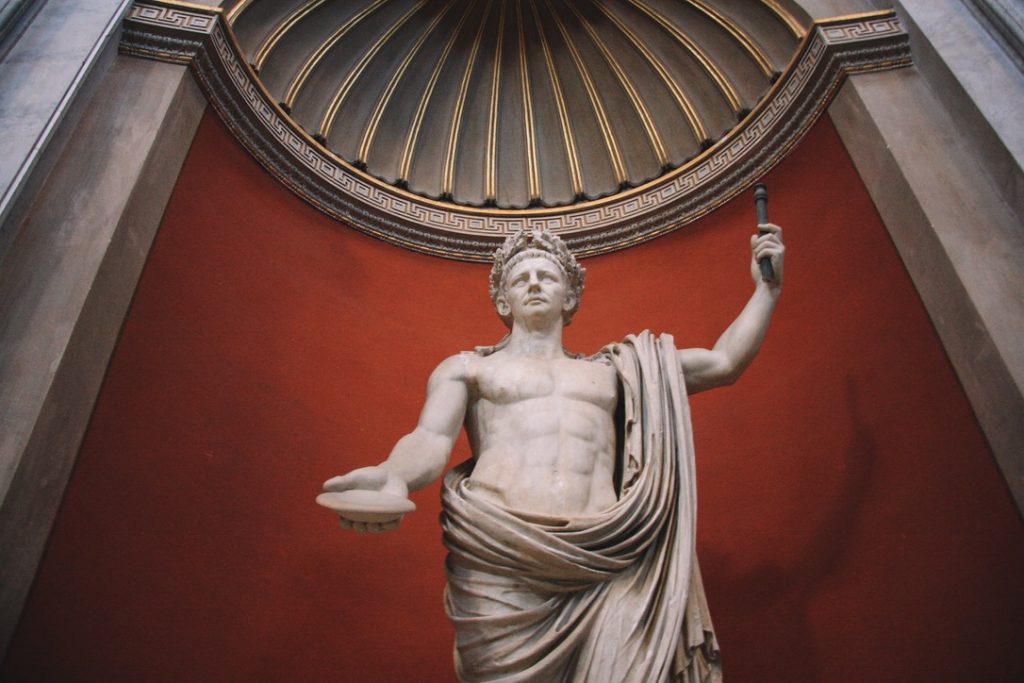 Here’s what the ancient Priene Calendar inscription had to say about Caesar around 9 BC:

“Since at a time when everything was falling apart and turning out disastrously, Caesar Augustus restored it and gave the whole world a new look…. The fact of his birth was an end…to our misery, and we may rightly account it the beginning of real life….

“Whereas the providence which divinely ordered our lives created with zeal and munificence the most perfect good for our lives by producing Augustus and filling him with virtue for the good of all mankind, blessing us and those after us with a savior who put an end to war and established peace;

“and whereas Caesar Augustus when he appeared exceeded the hopes of all who had anticipated good tidings… And whereas the birthday of the god [ie, Augustus] marks for the world the beginning of the good tidings through his coming …

Therefore, the inscription continues, the birth of Caesar Augustus is to be seen as the beginning of the year. And his birthday is to be proclaimed as the Euangelion, the “good news,” the “gospel” for the entire Empire (OGIS 458; emphases mine)

WILL THE REAL KING PLEASE STAND UP?

Into this world came a public announcement from God (the real God), delivered by an angel to shepherds as they watched their sheep one night near a little town called Bethlehem:

“Be not afraid; for behold, I bring you good news of a great joy which will come to all the people; for to you is born this day in the city of David a Savior, who is Christ [Messiah] the Lord. … Glory to God in the highest, and on earth peace among men with whom he is pleased!” (Luke 2:10-14, emphases mine)

It’s worth noting the parallel because the world continues to put forward new “Caesars,” men and governments who style themselves like sons of God and proclaim good news to all. Like Augustus, they impose peace for the advantage of those who toe the line, and promise pain to those who don’t.

The Roman government was feared by those who longed for the Messiah. Still, a baby in a manger was not the kind of king that they expected. Jesus attracted a loyal following but was cut down in his prime, rejected by his people, and crucified as a criminal with the words “king of the Jews” nailed to the wood over his head.

Some might say he failed. Meanwhile, Augustus lived to be 75. At his death he asked, “Have I played the part well? Then applaud as I exit.” He was celebrated with enormous fanfare.

Two kings, two saviors, two bringing good news and peace on earth. Both died, but only one still lives today, guiding our feet into the way of peace. 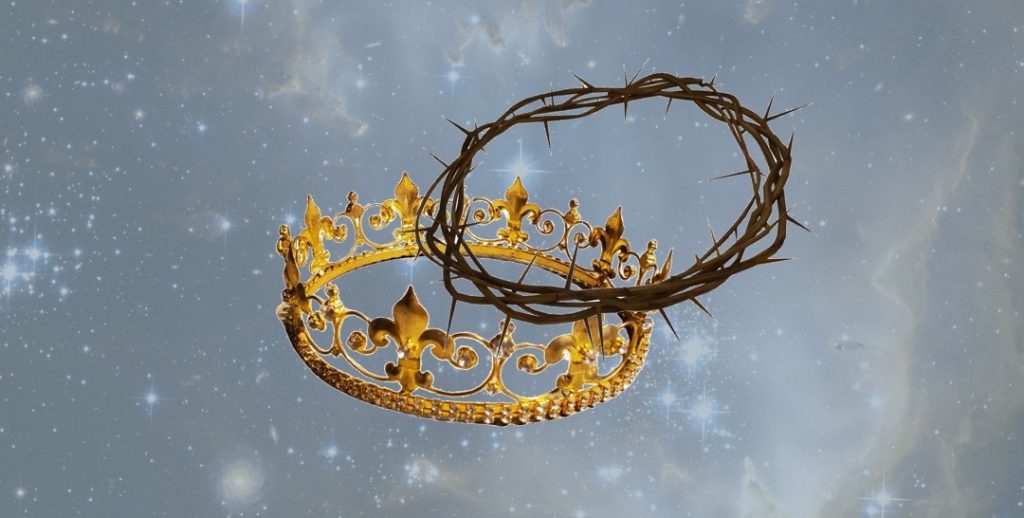 Come, let us adore him!

Photo credits: Caesar statue by iam_os on Unsplash. Crown of thorns by blenderfan, gold crown by Annie Hara, both from Pixabay.