“Cross” is a short word of only five letters, but break it apart and it contains the whole story of the Bible.  C.R.O.S.S.—Creation, Redemption, One nation, Separation, Salvation. The story of the Bible is our story, too, and each of these stages helps us get the “big picture” of our life in Christ.

The little boy couldn’t take his eyes off the crucifix on the nun’s habit. He’d never seen anything like it before. Finally, he just had to ask: “Sister,” he said, “that’s a nice necklace you have there. But what’s that man doing hanging on that stick?”

There was a day when “dying for your sins, Johnny” would have been a fine answer, but that’s no longer enough. “What sins?” would likely be the next question, followed by “why would someone have to die for them?” The best way to make sense of the cross is to go back to the beginning where it all began.

God started everything by creating the world as a place of beauty and order and goodness. The ancients saw the earth as a cosmic temple, and that is how it is described in Genesis: as a temple complete with a sanctuary for worship (the Garden of Eden). Everything had its place, and everything in it glorified God by being and doing what it was created to be and do.

Creation wasn’t complete without someone to enjoy and take care of it. In fact, its whole purpose was to be a dwelling for the people God created next, making them in his very own image—to be like himself. He makes Adam and Eve, male and female. They are “in God’s image” in who they are—they can reason and they have wills and can love—and in what they are charged to do—be fruitful and multiply and share God’s dominion and rule. God also gives them rules so they will know how to live and be blessed.

But a serpent (the devil) enters Eden and insinuates that God does not have their best interests at heart. It tempts them to go their own way and decide for themselves what is right. Even though God told them this will mean death, they believe and follow the serpent instead. They lose their trust in God as a Father who loves them.

Michelangelo, The Fall of Man

With this, mankind steps out of relationship with God. Adam and Eve’s decision has consequences. Their reason is darkened, their will is weakened, and their love turns in on themselves. Suffering and death enter the world—for all humanity.

The serpent is a formidable enemy. God announces an ongoing war between their offspring: the “seed of the serpent” will hurt the “seed of the woman”, God says, but the woman’s descendant will ultimately crush the serpent’s head (Genesis 3:15). Theologians have called this the protoevangelium – literally, the “first gospel.” It is the first “good news” in the Bible.

The results of Adam and Eve’s fall from grace are obvious in the next generations. As the earth is populated, two sorts of people emerge: those who worship God and follow him, and those who go the way of the serpent. Guess which way most of them choose? (You can read it in Genesis 4 –11. Especially see 6:5-6 and 11:1-9!)

God creates a plan to save them

Only divine intervention could bring people back into a right relationship with God, and God did intervene. He called one man, Abraham, to leave his own pursuits and follow to a new place where God promised to create from him a new people who would be fruitful and multiply and share in God’s rule and blessing (Genesis 12:1-3). When Abraham proved his faith in God by being willing even to sacrifice the son God promised him, God saved that son and made a solemn covenant oath to do as he promised (Genesis 22:1-19). The story of the Bible will now focus on the story of Abraham and his family, through whom God will bring blessing to the entire world. 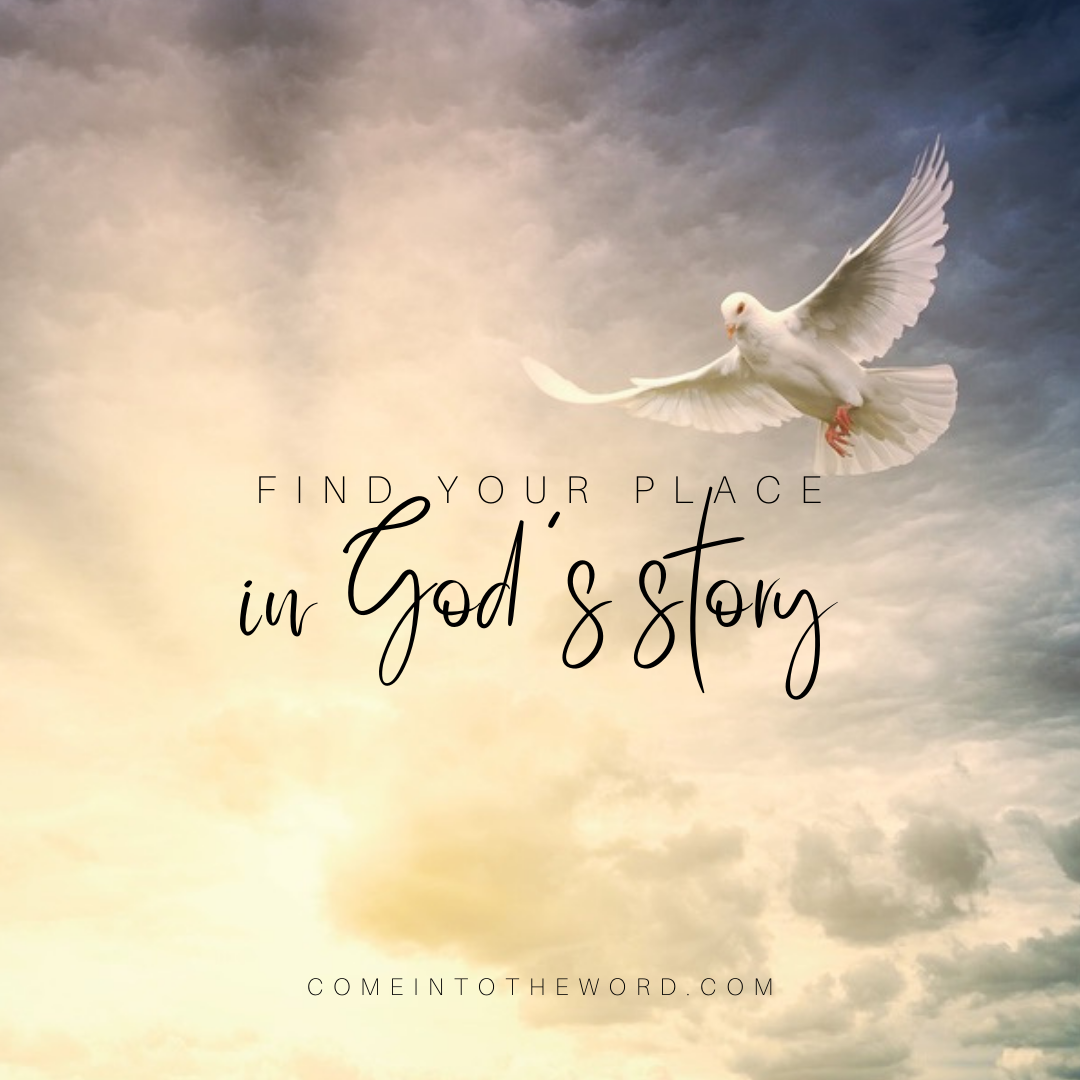 The Almighty God lovingly created you in his image.

Even though you may have chosen to go your own way instead of God’s, he calls you like he called Abraham to the obedience of faith (Romans 1:5; 16:26). God has a plan to restore you to himself that you might be fruitful, blessed, and a blessing to others.

You did not choose me [Jesus said], but I chose you and appointed you that you should go and bear fruit and that your fruit should abide. (John 15:16a)

—Whose Word Do You Listen To? (about Adam and Eve)

—God Wants to Speak to You: How to Hear Him

—Redeeming the Family (about Noah)

Or this series on God’s plan in Scripture, which starts here: God Has a Plan!

Finally, Get the “big picture” before you study the Bible with The Great Adventure Catholic Bible Study program. You can read the story of Scripture and journal as you go with The Bible Timeline Guided Journal.