Who doesn’t want to be free? If your life is not your own … look to the God who freed Egypt from slavery in Egypt, as recalled in this post.

“Cross” is a short word of only five letters, but break it apart and it contains the whole story of the Bible.  C.R.O.S.S.—Creation, Redemption, One nation, Separation, Salvation. The story of the Bible is our story, too, and each of these stages helps us get the “big picture” of our life in Christ.

There are many kinds of slavery in this world. You don’t have to be held physically captive and worked to death; you can be “owned” by someone who knows your past or who got you out of trouble. You can be a slave to drugs, to money, to sex or work, even to social media. Ever since the Garden of Eden, when Adam and Eve chose to go their own way instead of God’s way, people have been held captive to their own desires and, often, to those of others. The fallout of their choices can be seen in the descendants of Abraham: Isaac and Jacob and his children, who became fathers of the 12 tribes of Israel, try to go their own way as often as they follow God. 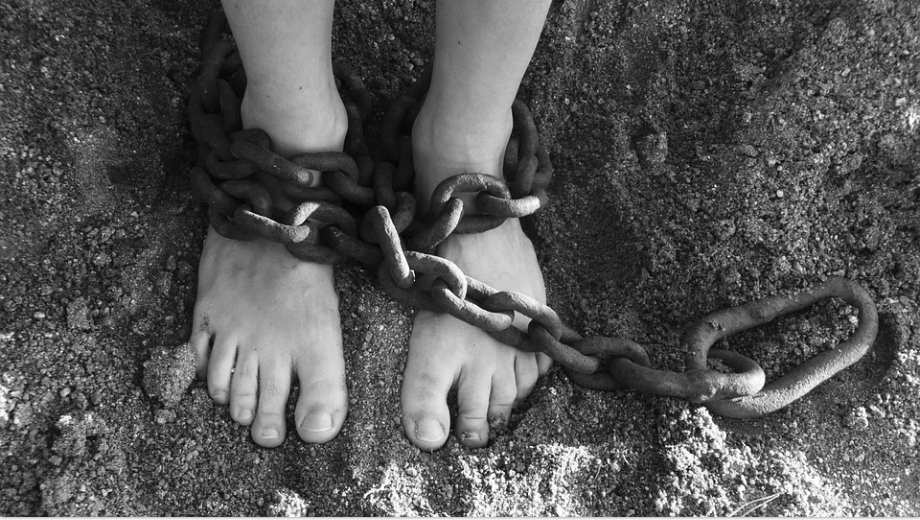 At the close of Genesis, the children of Israel move to Egypt to escape famine. They flourish there. But as Exodus opens, a ruler has come into power who presses them into slavery. The people groan under their bondage.

In the second stage in the story of the CROSS, God sets Israel free. The “R” in “CROSS” stands for Redemption. It stands today as a picture of what the Lord has done for us.

Four hundred years have passed since God promised Abraham countless descendants, their own land to live in, and a legacy of blessing for the world (Genesis 12:1-3). But now they are slaves in a foreign land. What happened to the promises of God? Does he still care?

One day, Moses is out minding his sheep when God appears in a blaze of fire that burns but does not consume a desert bush. He not only is the God who made those promises, he is the LORD, the great “I AM.” And yes: this God is paying attention, and yes, he cares. 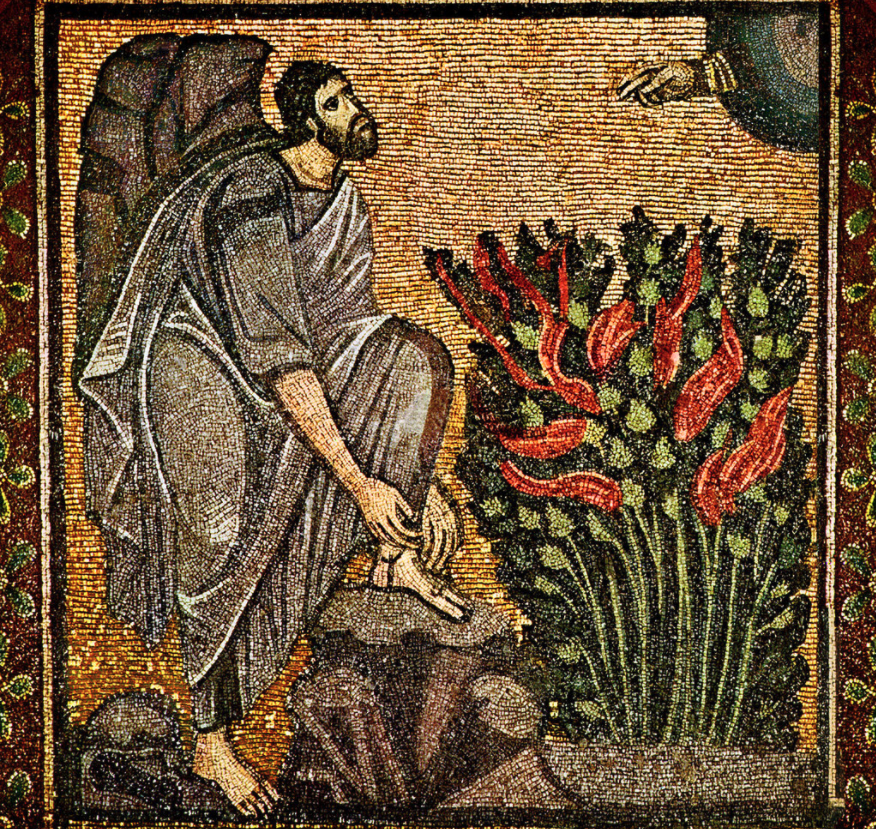 Hear what he says to Moses in Exodus 3:7–8. Linger on each phrase and consider what it says of God’s personal attention and faithful love:

Help is on the way!  With Moses as spokesman, God challenges Pharaoh’s control, asking that they be released for a three-day journey to worship:

Pharaoh practically laughs. “Why do you take the people away from their work? Get to your burdens” (Exodus 5:4).

It all comes down to work: who do they serve?

And that is the crux of the conflict. Will God’s people “serve” the God of their fathers, the creator of heaven and earth . . . or will they “work” for Pharaoh?

In Hebrew, “serve” and “work” are the same word: avad. Read those chapters and notice how often those words are used, and how. God makes work fruitful and asks for service that is worship in return. Meanwhile, Pharaoh cuts off life and requires work without a break.

Who will the people serve?

In a series of plagues, the Lord shows Pharoah who is really God. First the Nile, considered the source of life, is filled with blood. Frogs and insects overwhelm the land at a word from Moses. Plagues and boils strike cattle and people. Hail destroys plants and animals. Locusts ruin crops. God pulls a thick darkness over the land of Egypt, while bathing Goshen, the home of the Hebrews, in light. But none of these signs softens the heart or changes the mind of Pharaoh. He refuses to let the people serve the Lord.

Moses announces a final judgment: if Pharaoh will not let God’s first-born go to worship, then God will slay the first-born sons of Egypt.

God’s people are given instructions for what will be called the “Passover”—the night the angel of the Lord would “pass over” those who obey, while destroying the first-born sons of everyone else. The children of Israel sacrifice unblemished male lambs and mark their doors with the blood. They roast the lamb and eat it with unleavened bread and bitter herbs, dressed to flee.

And flee they do, amid the wailing of stricken Egyptians.

It doesn’t take long for Pharaoh to muster an army and back them up against the Red Sea. Moses stretches his rod over the water and the Lord divides the sea, allowing the people to cross on dry land while the pursuing army is drowned. “Who is like you, O Lord, among the gods?” sing the people on the other side. “The Lord will reign for ever and ever.” 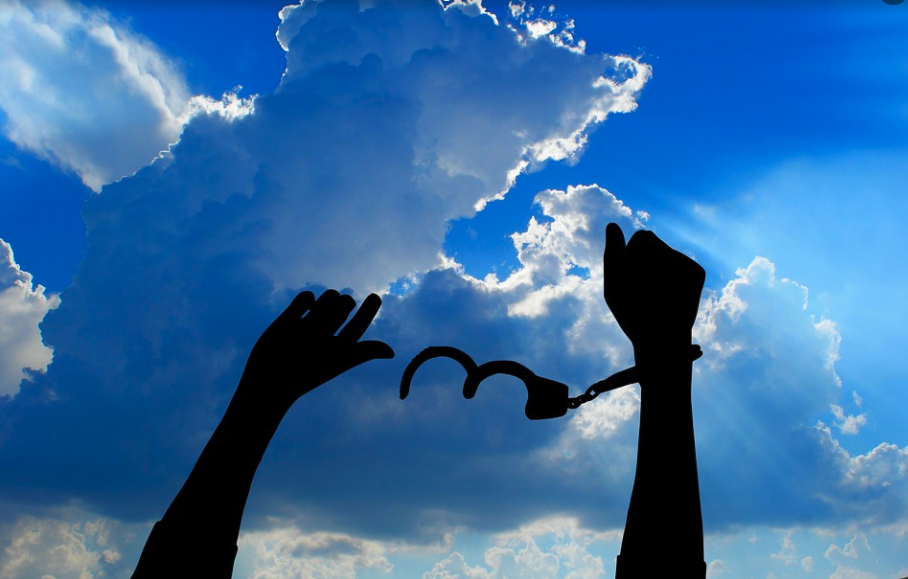 This is the central formative event of the people of Israel. It sets the stage for the rest of the story: for they are not simply freed from slavery; they are freed for life as the redeemed children of God. From work, for worship.

What that will look like is the subject of the next stage in the story of the Cross: “O” for “One Nation.” 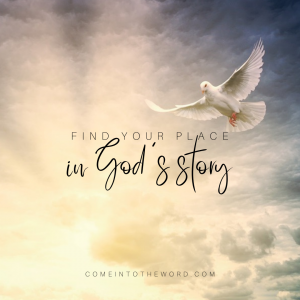 The miraculous crossing through the Red Sea foreshadows the way Christians die to sin and rise to new life in the waters of Baptism. This is our story too!

Just like Israel was freed from crushing service to Pharaoh, Jesus frees us from our burdens and anxieties for an easy “yoke” of his service, which is rooted in worship. Who do you serve?

Come to me, all who labor and are heavy laden, and I will give you rest. Take my yoke upon you, and learn from me; for I am gentle and lowly in heart, and you will find rest for your souls. For my yoke is easy, and my burden is light. (Matthew 11:28–30)

Finally, Get the “big picture” before you study the Bible with The Great Adventure Catholic Bible Study program. You can read the story of Scripture and journal as you go with The Bible Timeline Guided Journal.