“Christmas is really for the children,” wrote our friend Steve Turner in a poem that’s meant to get you thinking about how we celebrate our Christian holidays:

Christmas is really
for the children.
Especially for children
who like animals, stables,
stars and babies wrapped
in swaddling clothes.
Then there are wise men,
kings in fine robes,
humble shepherds and a
hint of rich perfume.

Easter is not really
for the children
unless accompanied by
a cream filled egg.
It has whips, blood, nails,
a spear and allegations
of body snatching.
It involves politics, God
and the sins of the world.
It is not good for people
of a nervous disposition.

They would do better to
think on rabbits, chickens
and the first snowdrop
of spring.
Or they’d do better to
wait for a re-run of
Christmas without asking
too many questions about
what Jesus did when he grew up
or whether there’s any connection.

The irony, of course, is that to be honest, you can’t think of either event without the other. The whole reason Jesus became that tiny baby was so he could die.  The manger — the poor place where he was cradled, swaddled as he would one day be wrapped in grave clothes and laid in a tomb — is the first sign of the Cross.

Steve Turner’s poem makes you wake up and think.  It’s shocking, and it’s meant to be.  We like our Christmas reading and music to be sweet and full of light and joy.

One of our oldest English carols is What Child is This, taken from a poem by William Dix (1865) called The Manger Throne, set to the tune of a popular Renaissance song of unrequited love and included in John Stainer’s hymnbook, Carols New and Old, in 1871.  Modern versions sanitize it, using the second half of the first stanza as a refrain for all of them.  But in its original form, it’s as startling as Turner’s poem. Read the words the way they appeared in Carols, complete with an illustration that drew attention to the contrast[1]:

The thing I love about these words is that they plunge Christ’s pain and sorrow and death smack into the middle of the joy of birth and the triumph of resurrection.  We bring Jesus gifts and songs of joy at Christmas not because he’s a baby and infants are sweet, but because of the reason he took on that dimpled flesh.  Without a body, Jesus could not suffer or die.  But suffer and die he did, for us.

It can’t be an accident that Luke describes the good news coming first to the shepherds.  Any shepherds guarding flocks in a place as close to Jerusalem as Bethlehem is, particularly several months before Spring, were likely guarding the sacrificial flock for Passover.  Who better to laud the true Paschal Lamb when he arrived? By sandwiching a reference to the Cross between shepherds and kings, Dix manages to bring out the fullness of the story of the poor boy born to be King of Kings, whose way lay through suffering and death.

Sometimes at this time of year, the incongruity between our life and Christmas joy is overwhelming.  There are times when we hang our lights and tinsel while inside we feel more like thorns and nails.  Take a clue from the carol:  Set your eyes first on the One who came to bear your pain and sorrow, and allow him to move you to joy:

Today we celebrate the birth of Christ, the Child who came to save us!

Listen to Kitty Cleveland sing the beautiful, haunting What Child is This?  I’m really glad she chose to use the original words. 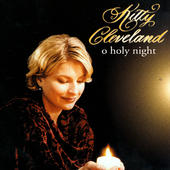