How do you get from LUV to LOVE?

That’s the question Jesus asked Peter in their post-breakfast heart-to-heart on the shore of the Sea of Galilee: do you (really) love me? Jesus had risen from the dead, and he had just amazed his disciples with a massive haul of fish where there had been none all night. He had fixed them a meal. And now he’s talking to Peter, only he doesn’t use that name. 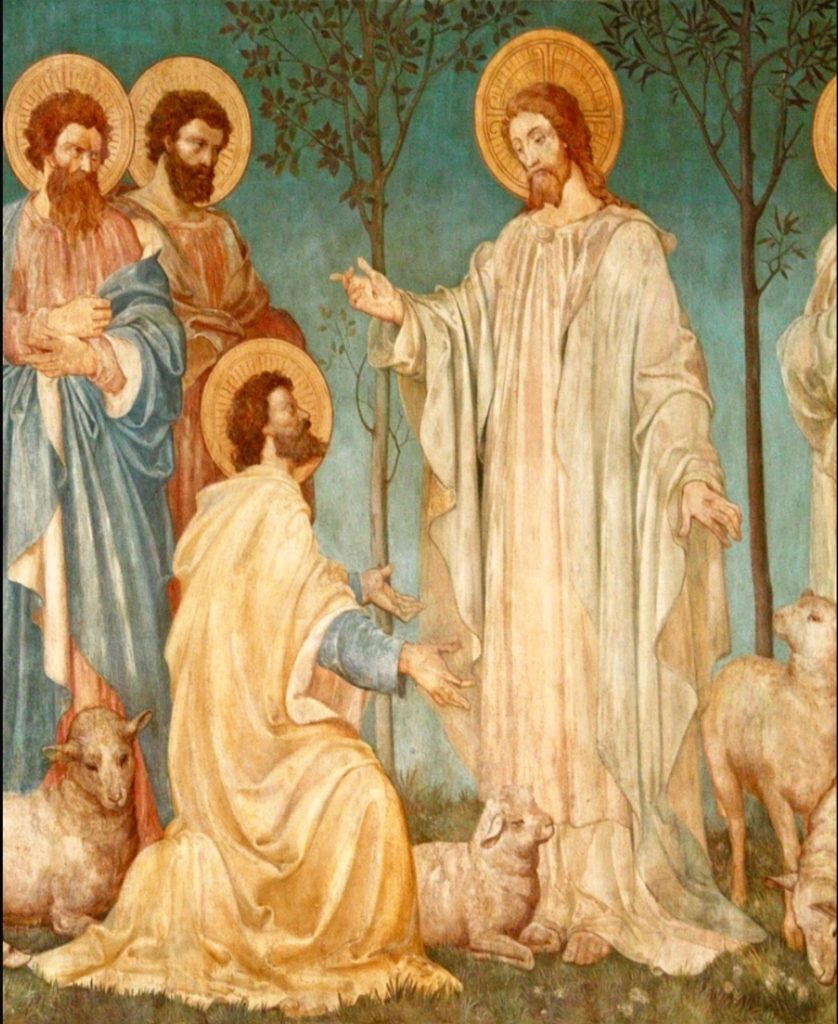 “Simon, son of John, do you love me more than these?”

It’s a loaded question. Of all the disciples, it was Peter who denied he knew Jesus when things got tough (John 18:15-27). And this in spite of being made the Rock on which the Lord would build his church! Some rock. Jesus’s use of the old name must have cut like a knife.

Twice he asked the question, and he didn’t mean “luv.” Jesus used the word agape: Greek for the total, unconditional, love-til-death-do-us-part kind of love. And Peter, knowing that Jesus knew how he had failed — had even predicted it ahead of time — couldn’t bring himself to say yes. In a sense, he denies his savior three more times by denying that he loves.

“Lord, you know that I luv you,” he answered. Luv, not love. Phileo, which is brotherly love or affection.

So Jesus changed the question. 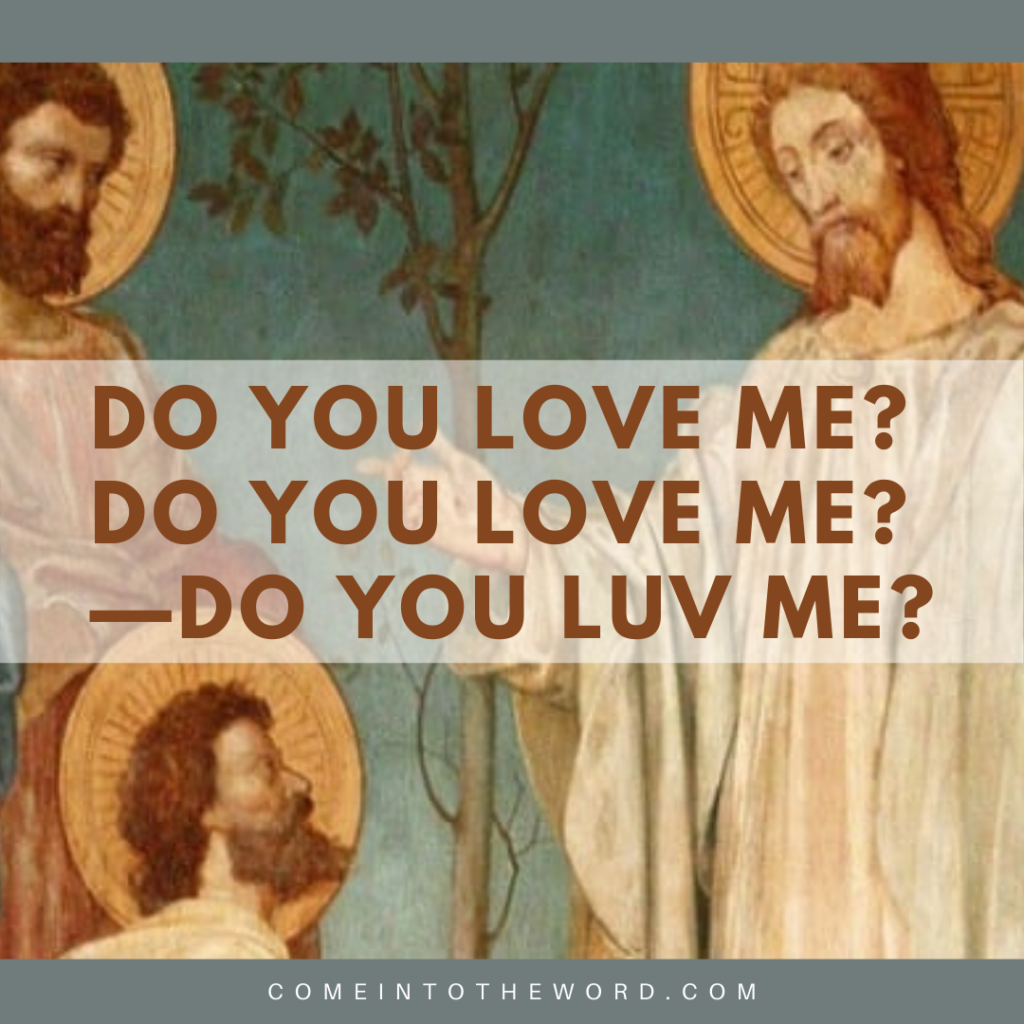 “Simon, son of John, do you luv me?” Phileo. For some reason, this grieved Peter even more than the other question. “Lord, you know everything: you know that I luv you,” he said. You know me, Lord, that’s all I’ve got.

Perhaps he thought that was the end. But Jesus gently continued. “Feed my sheep,” he said. Whether you love me or can only bring yourself to luv me, tend my lambs. Take care of the flock I’m leaving behind.

Maybe Peter wondered how the Lord could still ask this of him. But Jesus met him where he was: True, you went your own way when you were young, he said. No blame, no reprimand, just the facts. But when you’re old, you’ll glorify God by giving your life.

Jesus knew that Peter was on a rocky path. But he was headed in the right direction, and it was time to pick himself up after falling. “And after this he said to him, ‘Follow me.’”

As I read this exchange, I think of the times when I have failed the Lord. Times I thought I didn’t deserve to bear the name “Christian.” Lord, I say. You know me. You see everything. You know all I’ve got is luv.

But Jesus calls me to himself by name. Pick yourself up, he says, and do what I’ve given you to do. “Follow me,” he says. In doing so, your luv will grow to love.