Jesus “keeps on taking me to new levels, … that we didn’t even imagine before. […] God’s always had a plan for me.”

That was the outspoken rapper Kanye West, preaching from the “new level” of a coach seat on a jet bound for LA, where he talked to Late Late Show host James Cordon about finding religion in a special edition of Carpool Karaoke. Members of Kanye’s Sunday Service Choir jumped from their seats to sing while Kanye rapped:

Jesus walks with me…
To the hustlers, killers, murderers, drug dealers even the strippers
(Jesus walks for them)
To the victims of welfare for we living in hell here hell yeah
(Jesus walks for them)
Now hear ye hear ye want to see Thee more clearly
I know He hear me when my feet get weary […]
God show me the way because the devil trying to break me down
(Jesus Walks with me, with me, with me)
—Kanye West, Jesus Walks 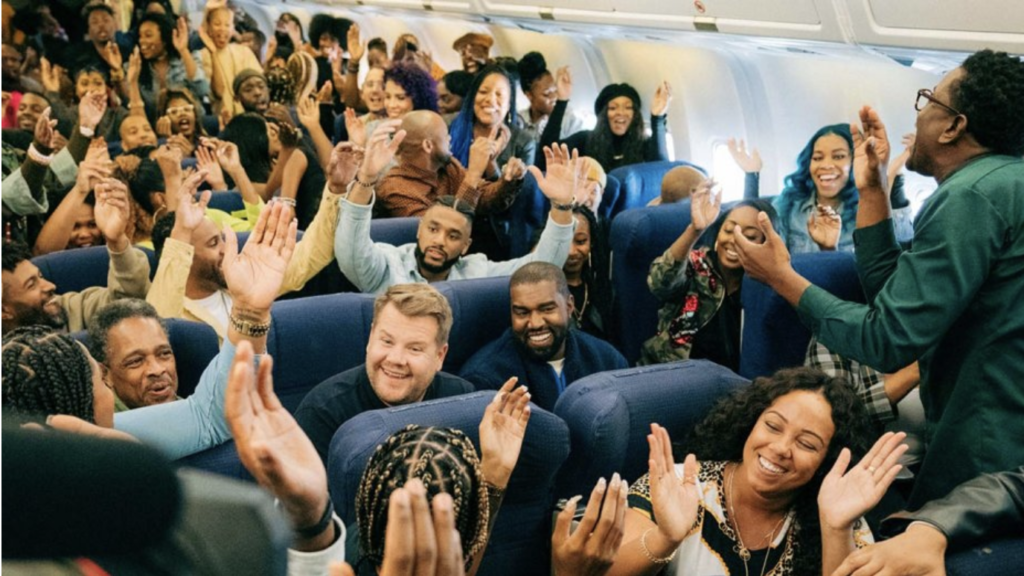 Kanye’s latest album, Jesus is King, has ignited controversy in the Christian and Gospel communities as well as in the music world, with skeptics and believers alternately praising or tearing down his lyrics, life, and legacy. How real can the conversion be of such a blatant, self-proclaimed sinner? Should Christians welcome and claim him, or doubt?

Does Jesus really make a difference?

I’ll leave the verdict on Kanye to the Lord. But in the meantime, Kanye’s story brings to mind the experience of Zacchaeus in Luke 19. That notorious, wealthy sinner was despised by the Jews of Jericho. As chief tax collector, he oversaw the collection of taxes due the Roman emperor. Fraud and extortion were rampant in the profession. He and others like him were seen as traitors who sold their services to that oppressive regime to make money at the expense of the people. Almost by definition, Zacchaeus would be considered to lack the righteousness needed to enter the kingdom of God.

He’s passing through Jericho on his way up to Jerusalem and his Passion, and people crowd the streets hoping to catch a glimpse of the man who has been healing and preaching about the kingdom of God. No one’s about to make room for a tax collector, even a height-challenged man like Zacchaeus who’s too short to see a thing. 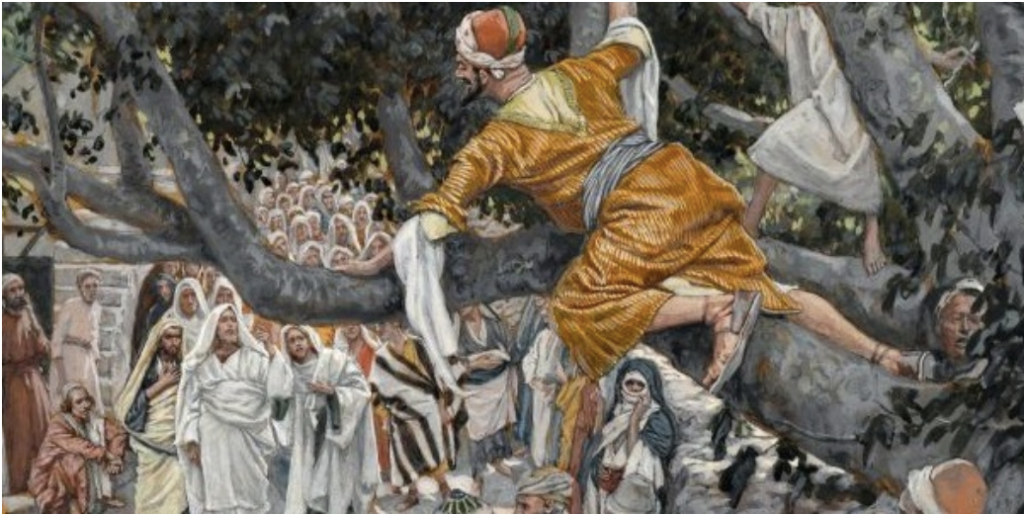 Not to be deterred, the tiny taxman runs ahead of the crowd and scoots up a tree to get a better view. And that might have been all he got, had not Jesus been more aware of Zacchaeus than even Zacchaeus was of him. Zacchaeus wanted “to see who Jesus was” — but Jesus is on the lookout for him, sees him up in the tree and calls to him by name. “Zacchaeus,” he says. “Come down quickly, for today I must stay at your house.”

Zacchaeus leaps from the tree and “receives him with joy.” The townspeople grumble and accuse but Zacchaeus reforms. Touched to the heart, he breaks out in a spontaneous fit of generosity. He will restore four times what he gained by fraud, and will give half of his belongings to the poor. To which Jesus says, ‘Today salvation has come to this house, since he also is a son of Abraham.’”

What made the difference for Zacchaeus?

What a contrast to the rich Jewish ruler Jesus had met on the way to Jericho, who wanted to inherit eternal life but became sad when he heard the cost. “How hard it is for those who have riches to enter the kingdom of God!” Jesus remarked. But “what is impossible with men is possible with God” (see Luke 18:18-30).

What made the difference for Zacchaeus? Jesus was there in both cases. Perhaps it was that the ruler, convinced already of his righteousness, was looking for an extra feather in his cap, or for assurance that all he’d done was enough. But Zacchaeus, aware that he stood outside, was seeking “to see who Jesus was.” He was drawn by the person of Christ. Sometime, read the verbs Luke chose to describe him: Zacchaeus sought, he ran, he climbed, he made haste, he received Jesus with joy. The man is determined. He’s full of energy. He takes initiative. He wants to see who Jesus is. And when he does, he finds that Jesus is already seeking him, to save him. Rather than holding on to his wealth, Zacchaeus offers it up unasked. He repents and makes reparation with extravagant joy. And he doesn’t do it to meet a requirement, but because he is known and loved.

Whether you identify with Zacchaeus or the crowd (or even the rich ruler), it’s worth sitting a while with them in Luke 19:1-10. Pay attention to the verbs and adverbs … to things repeated … to the action. Read it again and listen. What is the Lord saying to you? Here are some prompts to get you thinking:

Nothing can hide us from the One who sees and knows and loves us. When we actively seek Jesus as Zacchaeus did, we discover him already there, looking for us! And not with condemnation, but with mercy and love and an offer to enter our lives. At Mass before communion, we say “Lord, I am not worthy that you should enter under my roof.” Zacchaeus was certainly not worthy. Yet Jesus asked to be his guest. How does that exchange speak to your heart? What was Zacchaeus’s response? What is yours?

He came to his own home, and his own people received him not. But to all who received him, who believed in his name, he gave power to become children of God. —John 1:11-12

See what love the Father has given us, that we should be called children of God; and so we are! —1 John 3:1