“What was prefigured at that time in the flame of the bush was openly manifested in the mystery of the Virgin…. As on the mountain the bush burned but was not consumed, so the Virgin gave birth to the light and was not corrupted.” (St. Gregory of Nyssa, 4th century, “On the Birth of Christ”) 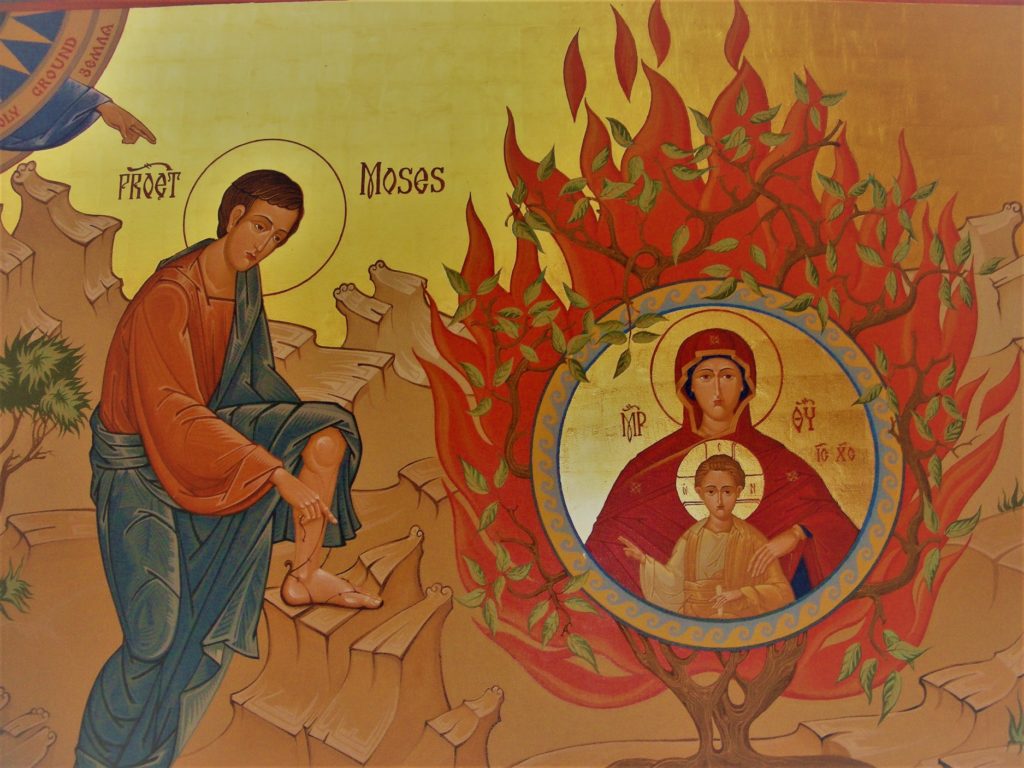 “The Lord himself shall give you a sign. Behold, a virgin shall conceive and bear a son, and shall call his name Immanuel”– “God with us” (Isaiah 7:14)

As if the virgin birth wasn’t enough of a miracle, in Mary, God entered humanity without burning or destroying it (sin combusts like tinder before the holy, consuming fire of God.)  And now, baptized into Christ’s death, we can receive God’s presence in us in the Eucharist — and we can be lit by the flames of the Holy Spirit — without being destroyed.  The Byzantine monk and poet St. Symeon the New Theologian (d. 1022) wrote eloquently about this:

I share with trembling joy in the divine fire,
I who am only hay,
And oh, such a strange miracle…
Without being consumed I continue to burn
In a beautiful flaming light
As did once, the burning bush.

Knowing this, I think I will never see a Christmas tree the same again. Alight, as though on fire but not burnt and not consumed. A picture of the miracle that you or I, though ordinary mortals, can be filled with the life of God.

© 2014 Sarah Christmyer. This post was previously published on this site as “The First Christmas Tree: A Burning Bush?”