My great-grandma Jennie’s life is packed inside a single word: “Hallelujah!” She typed that on a thousand tiny strips of paper and tucked them into cracks and books and under dishes as she prayed. She died many years years ago—but even now, finding one of those Hallelujahs brings her back in an instant. Who was Jennie, you ask? Look at this little paper. Everywhere she went, she spread the praise of God. 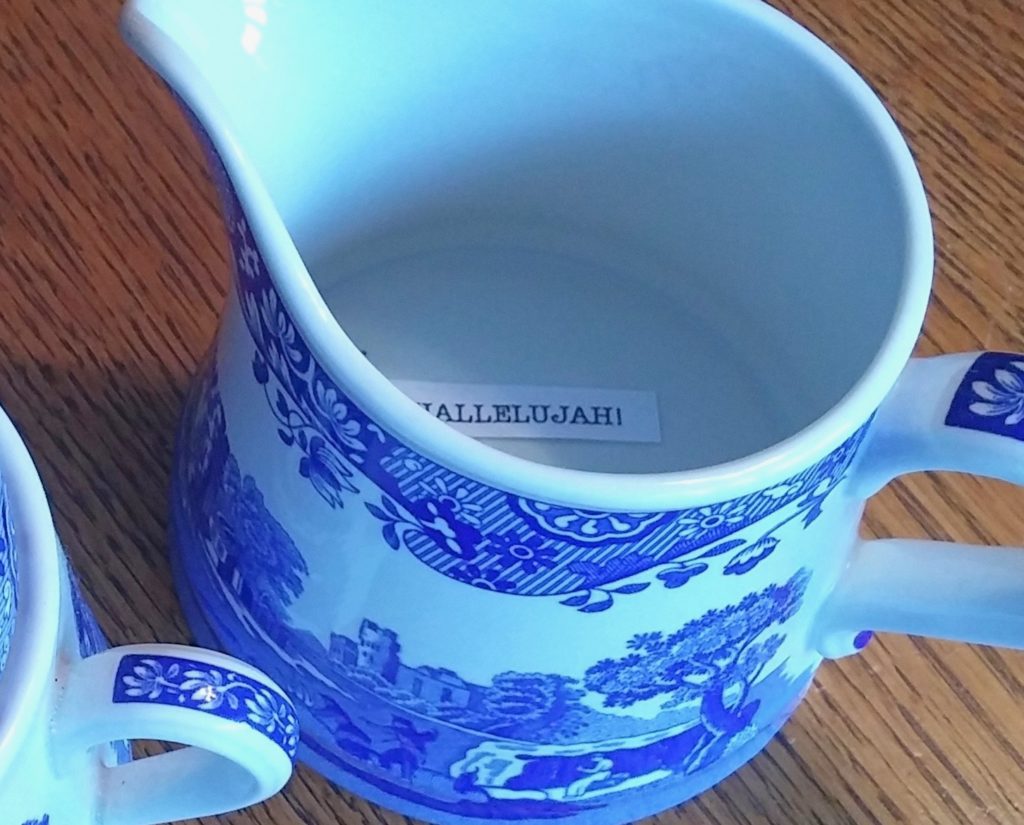 One of Grandma Jennie’s “Hallelujahs,” waiting to bless someone.

Dorcas was known for her charity

Early in the book of Acts, a woman is recalled by not one thing, but four. She is “a disciple.” She is “named Tabitha, which means Dorcas or Gazelle.” She is “full of good works and acts of charity.” And at her death, poor widows weep and hold out clothes she made as proofs of who she was.

St. Peter brings Dorcas back to life. But all these personal details make the scene in Acts 9:36-43 more than proof of Christ working through the apostle. It is a snapshot of an early Christian that reveals charity to be the mark of a disciple.

Let’s take a closer look at Dorcas, and thus at charity.

Charity is a fruit of the Spirit

The woman’s name is Dorcas. Or is it Tabitha? Luke, the author of Acts, takes pains to use both her Greek name and its Aramaic counterpart.  Our translations add the English so we will get the point:  both names mean “Gazelle.” To Luke’s audience, the word was synonymous with beauty and grace. 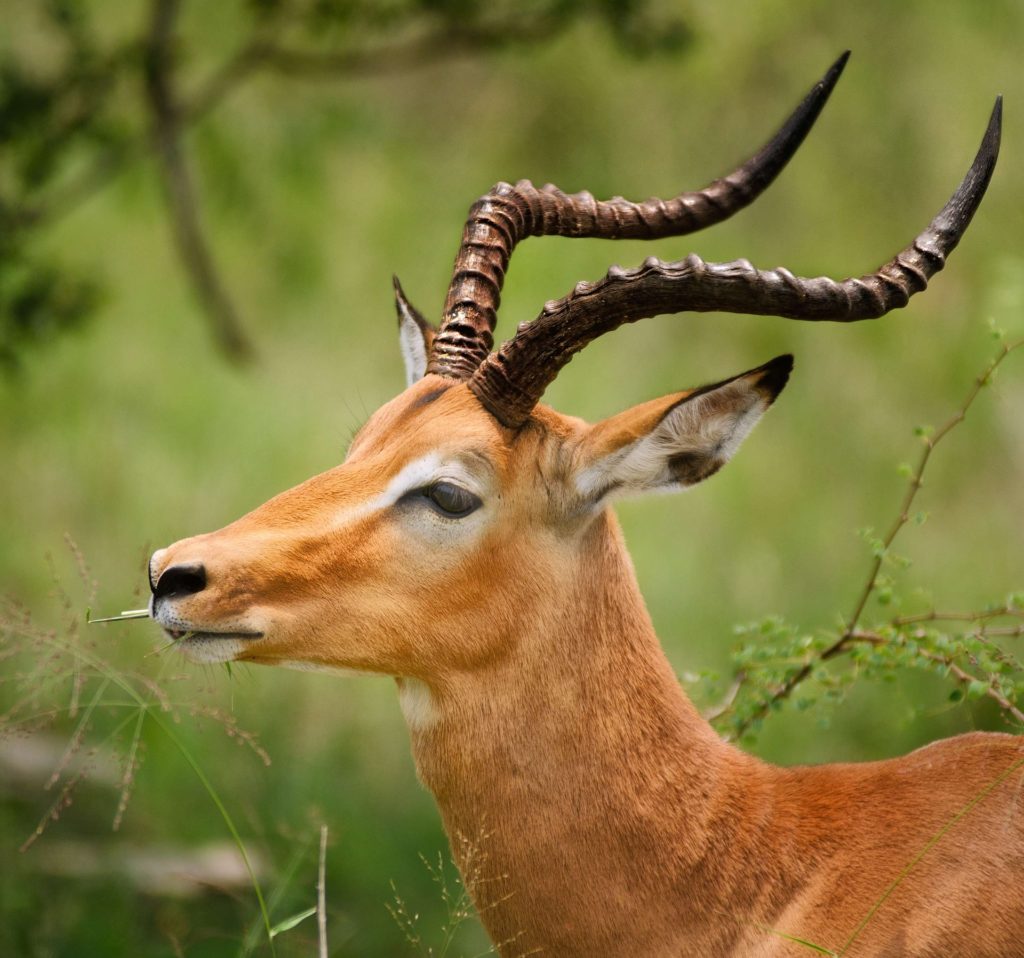 If I say to you “my name is Sarah. That means Princess” — you might launch into a discussion of whether it fits me. But I doubt you’d miss my intention in saying it! Luke doesn’t expand on the name Dorcas because it’s unusual but because he wants his audience to be clear. She is a woman who, like a gazelle, is full of beauty and grace.

Oops — I mean full of good works and acts of charity, which is what Luke says next. But perhaps that amounts to the same thing. Grace comes from the Holy Spirit. It works unseen within us but its working has such power that given room, it spills out in our words and actions. These behaviors are what St. Paul calls the “fruit” of the Spirit, the beautiful attributes of the Christian life. And first among them is charity.

Charity is the hallmark of the disciple

Even before calling her out for her beauty, Luke identifies Dorcas as a disciple. Here in the early days of the church is a woman who follows Jesus. She is someone who has sat at his feet, whether physically or metaphorically, learning from him and then putting his words into practice.

The Church is brand new. What distinguishes Jesus’ disciples from all other people?

“By this everyone will know that you are my disciples, if you love one another.” (John 13:35).

The lovely Dorcas is an early poster child for discipleship.

Charity is shown forth in action

Charity, or love, can be a feeling. But the beauty and goodness in Dorcas lies in her charitable acts. The original Greek emphasizes that: “This woman was full of good work and mercy that she did,” it reads. Dorcas didn’t just think about doing good, she went about doing good, as Jesus did (see Acts 10:38). In fact, because of Jesus’ life within her, she is “full of” charitable acts. She continues in them. They are born inside her out of love and compassion for others, one after another until they fill her up, push out all else, and spill out in action. Charity fills her, defines her, and pours out for others. Dorcas’ love is action; it is something that she does.

Charity has an impact on others

No wonder they weep. The widows —beneficiaries of those charitable acts — crowd into the place where she is laid and stand by Peter. Dorcas may be gone, but look! They tug at his arm, show proof of her goodness stitched into the cloaks they wear, their dresses, the clothing on their children’s backs. This was a good woman, they seem to say. Bring her back! Their plea is implied in the outstretched garments.

It may be that in this scene, Luke intends us to see mainly Peter, carrying on the work of Christ. But surely he is showing Dorcas in the same light: she is the arms of Jesus to the widows, caring for them in their need, living out his love. She loves him by loving them.

Charity begins in the ordinary things of life

Jesus gave charity its ultimate expression when he died for us. But charity begins and flowers in tiny ways as well: in the flash of Dorcas’s sewing needle; in the giving of water to a thirsty child. As St. Teresa of Calcutta famously said, “We cannot all do great things, but we can do small things with great love.”

Charity is what we’re made for

Charity begins when we accept God’s love and let it work within us, growing until we are “full of good work and acts of charity” — which we then do.  In fact, we are made for that purpose. As Pope Benedict XVI once said, “it is not enough for God that we simply accept his gratuitous love. Not only does he love us, but he wants to … transform us in such a profound way as to bring us to say with Saint Paul: ‘it is no longer I who live, but Christ who lives in me.’ (see Galatians 2:20)”

“For we are his workmanship, created in Christ Jesus for good works, which God prepared beforehand, that we should walk in them” (Ephesians 2:10).

The other day I came across a marker by a grave. Under the person’s name was simply written, “Man of God.” What will be said about you, when you’re gone? When the Lord comes to raise you into his presence, as Peter came to raise Dorcas: what tokens will the mourners hold out to represent your life? 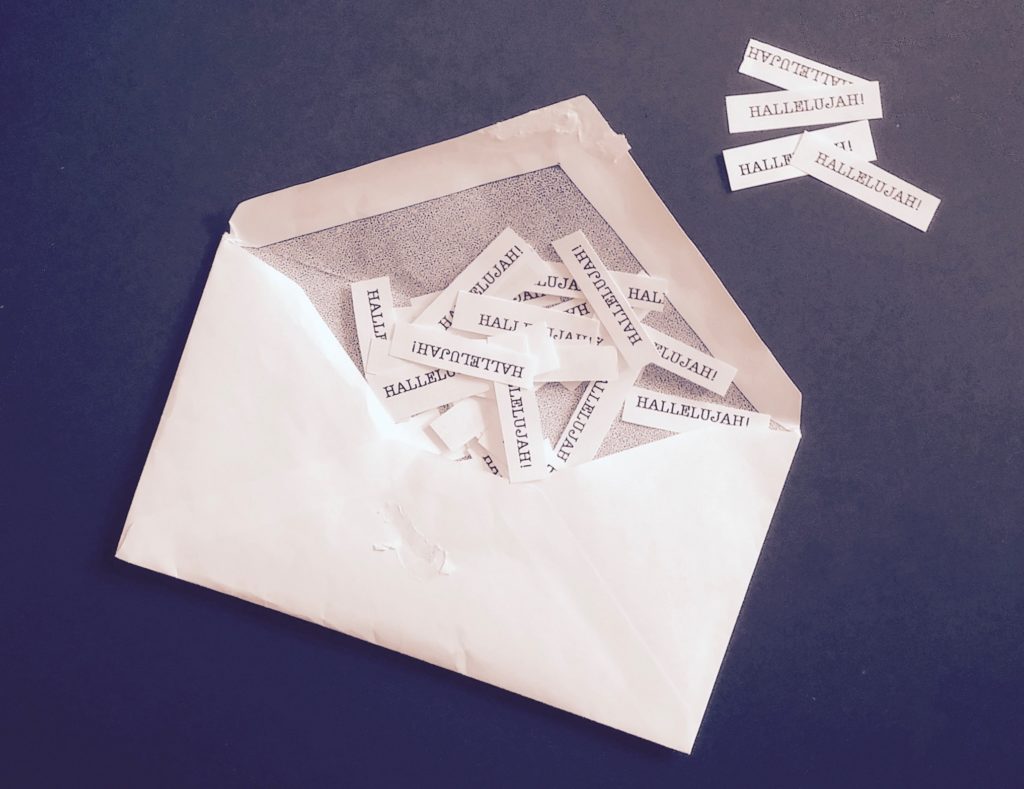 This post appeared previously on The Great Adventure Catholic Bible Study blog under the title Charity: Mark of a True Disciple.