The sun is setting on another beautiful Easter Sunday. My phone and news feeds are full of Easter greetings. He is risen! The Lord is risen indeed! But at the back of my mind are the closing words of today’s gospel reading: “For they did not yet understand the Scripture that he had to rise from the dead” (see John 20:1-9).

As long as I’ve been a Christian, as long as I’ve believed that Jesus rose from the dead and sits at the right hand of God . . . I still find myself wondering, come Easter: do I really understand what that means? How can I enter into that more, and reflect on its meaning for me? 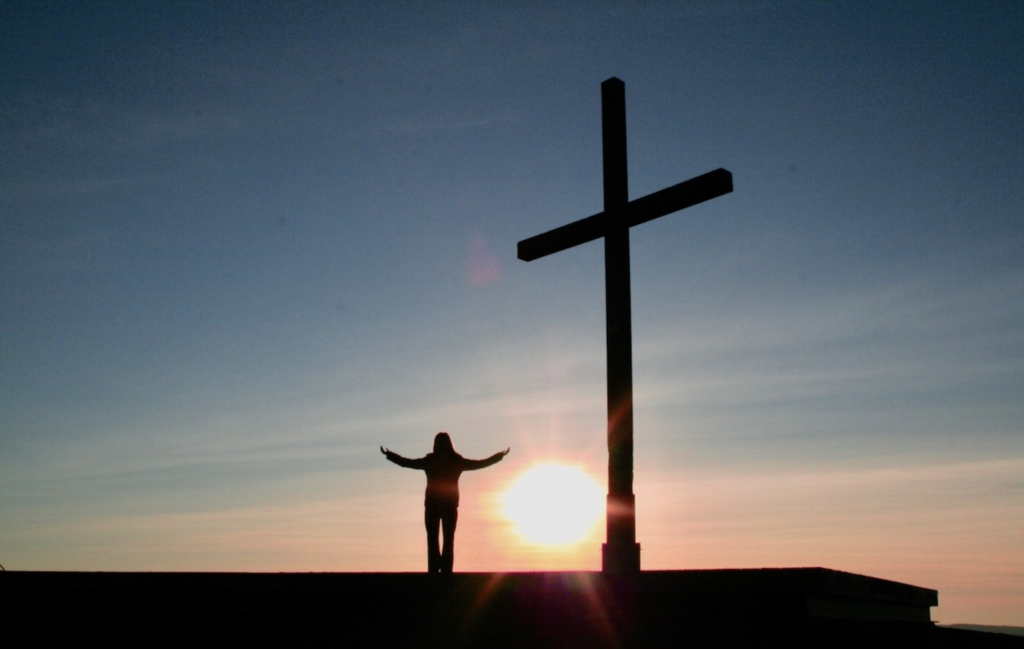 Thank goodness, the Church comes to the rescue. The whole week after Easter is officially part of the feast, and the season itself lasts for 50 days, all the way to Pentecost (that’s 10 days longer than Lent!). That gives plenty of time to reflect on this mystery, especially if we pay attention to the Scripture readings, which focus on the resurrection of Jesus and what it means for us who are resurrected to new life in him. The lessons are meant as instruction to the newly baptized, but we can glean a lot from them as well.

Consider extending your observance of Easter by meditating on the readings every day this coming week. Here are links to the readings and a preview of the way the disciples’ dawning comprehension of the resurrection (in the Gospels) is juxtaposed with its impact on their lives (in Acts):

Matthew 28:8-15: That Jesus was raised soul and body is learned by Mary Magdalene and the other Mary, who Jesus meets as they run to tell the disciples that he’s alive. They embrace his feet (impossible if he were just spirit) and take his message to the others — while the chief priests bribe soldiers to say his body was stolen.

Acts 2:14, 22-33: Peter tells the crowds on Pentecost that not only did God raise Jesus from the dead, it was all part of his plan to save. We are witnesses that he lives, he says, and they are witnesses of the Holy Spirit poured out on the disciples.

John 20:11-18: Mary Magdalene again; this time weeping at the tomb, so wrapped up in her grief, she doesn’t recognize angels or Jesus. But then he calls her by name. There’s relationship here, even though he tells her to stop holding onto him — that he’ll be ascending to the Father — and to go, tell the disciples.

Acts 2:36-41: Still preaching on Pentecost, Peter tells those who crucified Jesus that God made him Lord and Christ (Messiah). Repent therefore and be baptized and receive the Holy Spirit, he says; and “save yourselves from this corrupt generation.”

Luke 24:13-35: Jesus walks alongside two disciples heading out of town after his death. Their hearts “burn” while he explains how Scripture pointed to him and they recognize him when he gives thanks and breaks bread.

Acts 3:1-10: The power of Jesus begins to flow through the disciples as in the name of Jesus, Peter heals a man crippled from birth.

Luke 24:35-48: Jesus appears among a group of disciples and they’re terrified, thinking he’s a ghost. He speaks peace to them, reassures them by letting them see and touch him and then by eating fish. He opens their minds to understand the Scriptures pointing to his passion and resurrection and mission and calls them to witness.

Acts 3:11-26: When people are amazed at his healing miracle, Peter attributes it to faith in the name of Jesus who God has raised from the dead. He calls them to repent that their sins be forgiven “and that the Lord may grant you times of refreshment and send you the Christ.”

John 21:1-14: The disciples don’t dare ask the risen Jesus if it’s really him when he leads them into a massive catch of fish after a night of catching nothing; they know it can be no one else.

Acts 4:1-12: Thousands of people come to believe through the disciples’ witness and the religious authorities arrest Peter and John. Previously timid Peter boldly proclaims that Jesus is “the stone rejected by you, the builders, which has become the cornerstone. There is no salvation through anyone else…”

Mark 16:9-15: Mark explains that hearing from eyewitnesses was not enough to make the disciples believe at first; it was only later, when Jesus appeared to them together and rebuked them for their unbelief and told them to go and proclaim the gospel to the world.

Acts 4:13-21: The authorities are confounded by the boldness of Peter and John and their witness. When they threaten, Peter and John choose to obey God and not them. “It is impossible for us not to speak about what we have seen and heard.”

Readings for Sunday, April 28 (Divine Mercy Sunday and the close of the Octave of Easter)

John 20:19-31: Thomas refuses to believe until he sees and touches Jesus for himself. Yet even in doubt, he sought Jesus. “Blessed are those who have not seen and have believed,” Jesus said. John sums up his reason for writing: “that you may come to believe that Jesus is the Christ, the Son of God, and that through this belief you may have life in his name.”

Acts 5:12-16: The apostles do many signs and wonders and many come to believe. People from all around Jerusalem bring the sick and possessed to be healed “and they were all cured.”

Revelation 1:9-11a, 12-13, 17-19: John writes from exile to those who share in his distress “and the endurance we have in Jesus” of the vision he has of Jesus reigning in heaven.

Let us pray to the risen Christ, that he strengthen us in faith and embolden our witness!

May God bless you as you meditate on his Word.