“Cross” is a short word of only five letters, but break it apart and it contains the whole story of the Bible.  C.R.O.S.S.—Creation, Redemption, One nation, Separation, Salvation. The story of the Bible is our story, too, and each of these stages helps us get the “big picture” of our life in Christ. (First in a series) 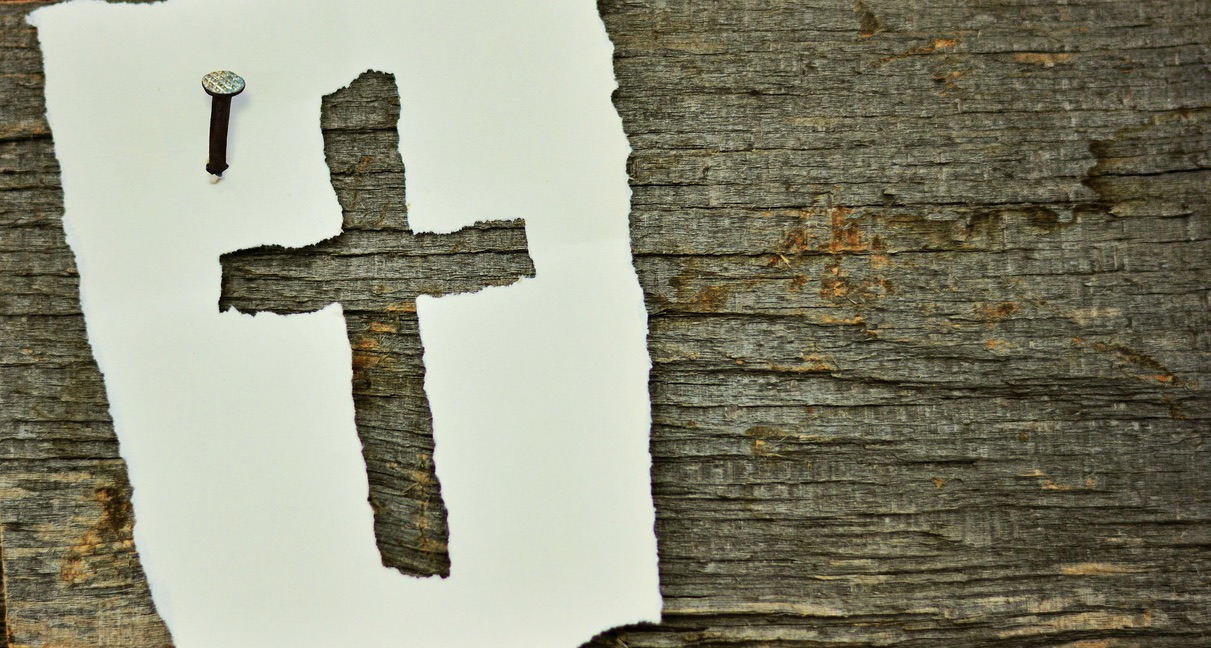 When my Great Uncle Hubert Mitchell shared the gospel with native people in the jungles of Sumatra back in 1940, he got stuck at the most important part. They had no idea what a cross was, so he cut down two trees and tied them together. He stretched himself out on that cross and described how the soldiers pounded nails into Jesus’s hands.

Hubert was stumped.  He had brought no nails with him into the jungle. There were plenty of large thorns, but a thorn cannot pierce a man’s limb — let alone hold his weight so he can suffer the tortures of crucifixion.

The meeting broke for lunch, and Hubert prayed. He emptied a can of mandarin oranges into his tin cup … and out dropped a nail! Everyone stared and the men who were with him started to weep. “God must want these people to know how much Jesus suffered for them,” they said.

Because of that nail, nearly the whole tribe came to receive Christ. 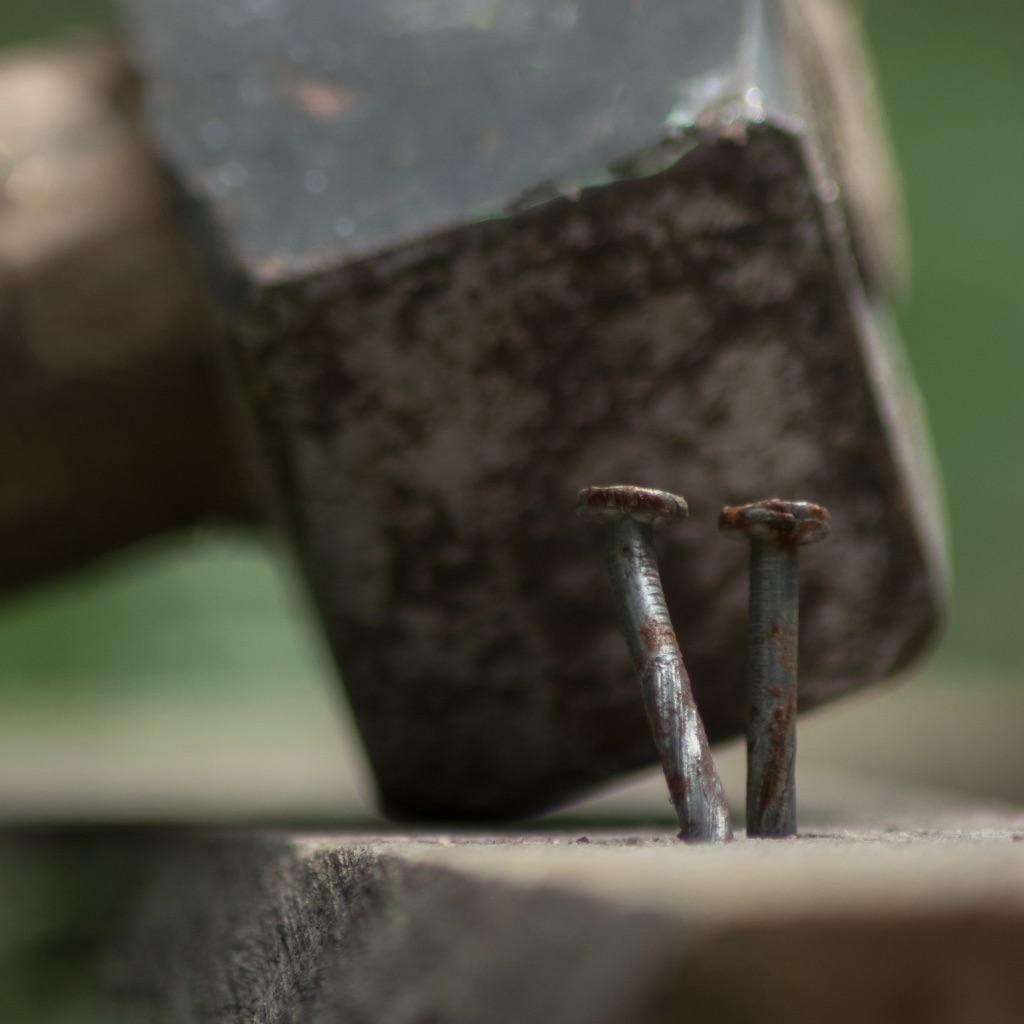 Photo by Fausto Marqués on Unsplash

I think of that today as I try to share the gospel. Too often, I’m met with blank stares by people who don’t know enough to grasp what Jesus did for them. But while it was the ignorance of a single detail that stumped my uncle, it’s the ignorance of the big picture that gets in my way. Many people don’t believe in sin or hell. They doubt God’s goodness or don’t think he cares. They think truth is relative. They see no greater purpose or plan for their lives. But the answer is in the story. The whole story, God’s story as it is told in the Bible.

Sometimes, we have to step back and get the big picture. When we do that, one of the first things we see is that history is not random. The start is anchored in the beginning of time while the end is fixed in eternity. God is in control. Everything is created good and with purpose. God’s arms reach from one end of history to the other, inviting us in through the center point, which is the Cross. And just as a simple nail made Jesus’s love come alive in 1940, the cross itself can illustrate the story today. 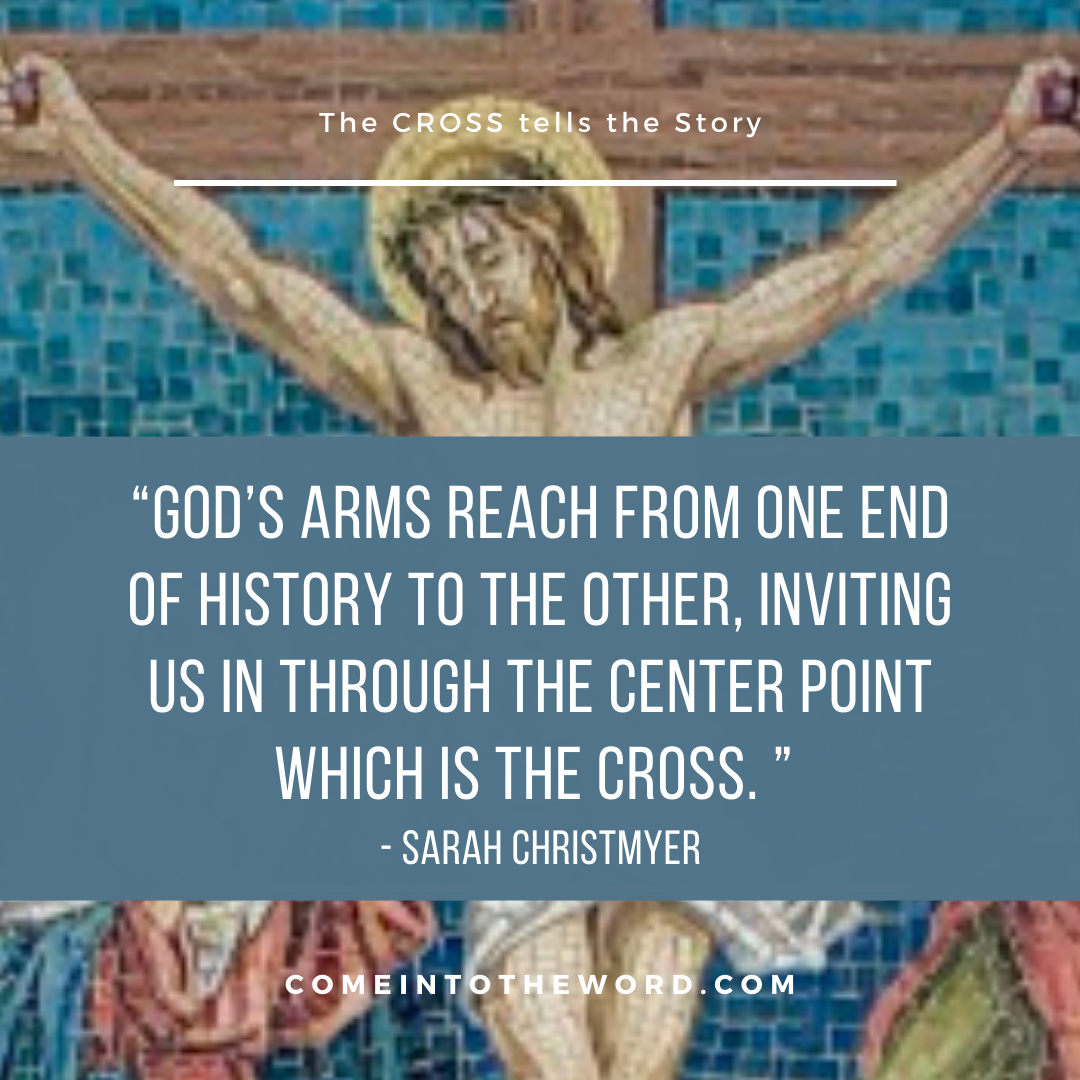 Here’s how to tell God’s story—the whole story of the Bible, in fact—by using the acronym C.R.O.S.S. The letters spell the stages of the journey, which we’ll take step by step over the coming weeks:

In the beginning, God creates everything in beauty and order and peace. But Adam and Eve rebel and their sin leads to suffering and death for everyone to come. God doesn’t give up on people, who he loves. He calls one man—Abraham—to follow him in obedient faith. He promises him countless descendants, a land, and a kingdom through which he will bless the whole world.

Abraham’s descendants move to Egypt and fall into slavery. Through Moses, God sends plagues on Egypt and makes a path through the Red Sea, bringing his people to safety while destroying the enemy.

Now they must learn to trust the God who saved them. God forms a covenant with Israel, making them a nation—his nation. He lives among them. He brings them to the Promised Land and blesses them as promised, but repeatedly they sin and turn to other gods. When they turn to him, God saves them. They ask for a king and in David, God promises a throne that will last forever.

After David’s son Solomon dies, the kingdom splits in two. The people continue to spend their love on other gods and put their trust in other nations. They ignore God’s prophets. He allows first one kingdom, then the other, to fall into the hands of the nations. Israel is conquered by Assyria and scattered; Judah is exiled to Babylon. Jerusalem and the Temple are destroyed. Generations later, some do return—but they continue under foreign rule.

In the fullness of time, God creates everything new. He begins again with a couple—but instead of a man and wife, it’s a mother and son: Mary, the new Eve, and Jesus, the Second Adam. Jesus takes sin to the cross and dies, then rises to defeat death and the devil. All because he loves us! He sends his Spirit and gives us his Church to help us prepare for the new creation that is to come, when his victory will be complete and death will be no more.

In the end: His-story is our story. Read it and discover God’s faithful love. Learn how he rescues us from trouble; guides us when we we’re lost; teaches us when we don’t have a clue. Read it to know that you can trust him even when the world seems to be falling apart and it looks as though evil has the upper hand. The war has been won; the end is sure. The cross is the door to blessing.

© 2016, 2021 Sarah Christmyer. This series on finding the “big picture” of the Bible originally appeared on the American Bible Society’s leadership blog. Some editorial changes have been made.

Get the “big picture” before you study the Bible with The Great Adventure Catholic Bible Study program.

Explore the Resources tab on my website to learn more about reading the Bible, or check out some of these posts on Bible Reading and Study: