Israel was between a rock and a hard place. Literally.

There they were, camped on the plains of Moab. With solid cliffs behind them and the River Jordan and Jericho ahead, barring their way into Canaan. 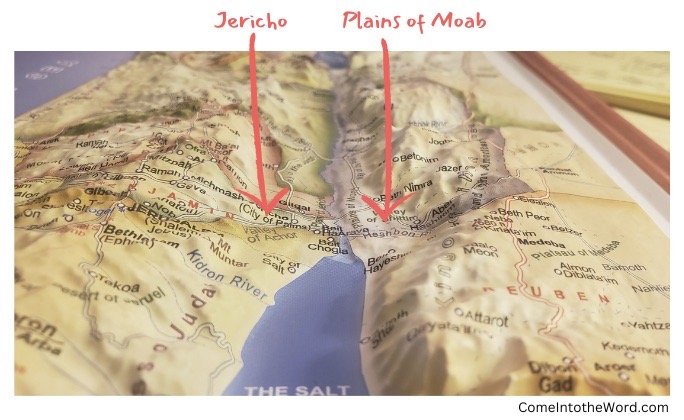 They were also caught between the “rock” of their sin and the hard job of conquering the land God has promised them. God had freed them from slavery and made them his own. They had exchanged mutual vows of fidelity and love at Mt. Sinai. And then, as God prepared to carry them over the threshold of their new home, they cheated on him. Forgetting God, they consecrated themselves to the god of that place, the Baal of Peor (Numbers 25; see too Hosea 9:10).

The dangerous freedom of choice

God sent a plague and destroyed the offenders. With that fresh in the minds of those who remained, Moses pointed across the Jordan. There are two ways this can go, he says. You can follow God and live, or stick with these other gods and die. It’s your choice to make (see Deut 30:11+). The rock, or the hard place.

Moses was in a hard place, too. His job—and his life—was nearly done. He would not join the people as they crossed into Canaan. He had done his best, leading and encouraging and reminding and warning the people. But before he gave his final blessing, God broke the bad news (Deut 31): I will lead them into the land, but they will not follow me. In fact, they’re already planning to rebel. So write this song and teach it to them.

That Song of Moses in Deuteronomy 32 is a magnificent, last-ditch plea to the people to take what he says to heart, because their lives are at stake! And the song comes to life when you read it in that geographic and historical context.

Put yourself, for a moment, on the Plains of Moab. Stand there, with the cliffs to your back. Looming above is Beth Peor, “House of Peor.” The house of the god they chose over YHWH. 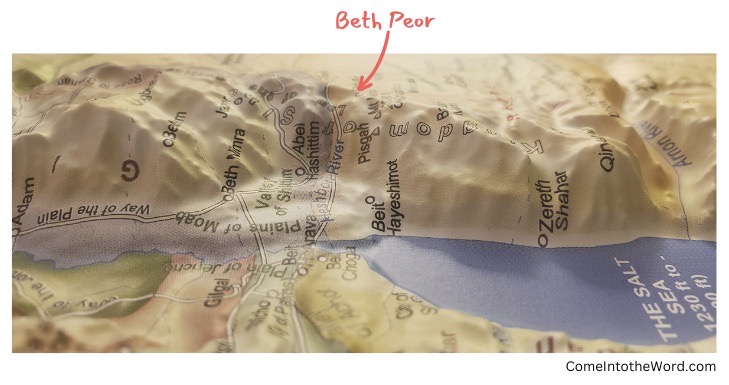 READ ABOUT THE SONG OF MOSES HERE

Moses desperately wanted to make their choice clear. Inspired no doubt by the massive cliff that lay behind them, he gave God a new name:

Listen! He tells them; I will proclaim the name of the LORD: The Rock, his work is perfect….

“The Rock.” There are other Hebrew words for “rock,” but Moses used tsur. It’s not a rock you can lift and move or even roll. Tsur is a strong and mighty cliff. A refuge but also a precipitous edge. God is a rock of refuge and at the same time he’s a cliff against which his enemies are dashed or from which people fall, by their sin.

God is a Rock to take seriously

Read Deuteronomy 32 and notice how Moses uses tsur as a proper name for YHWH. In our Bibles, it is capitalized when used that way, then put in lower case for other gods. See how Moses compares them in verse 31 and other places. What are the attributes of The Rock, our God? How do the wanna-be rocks measure up?

Now take this Word to heart

Spend time in Deuteronomy 32, then think about it.

Make this Psalm your prayer today:

I love thee, O Lord, my strength.
The Lord is my rock, and my fortress, and my deliverer,
my God, my rock*, in whom I take refuge,
my shield, and the horn of my salvation, my stronghold.
I call upon the Lord, who is worthy to be praised,
and I am saved from my enemies. […]

For who is God, but the Lord?
And who is a rock*, except our God?—
the God who girded me with strength,
and made my way safe.
He made my feet like hinds’ feet,
and set me secure on the heights.