I’ve been thinking of Matthias this week, Matthias who was chosen in Acts 1 to replace Judas as the twelfth apostle.

When someone’s a traitor to the cause, then kills himself, the matter of filling that spot is a sober one. Imagine today, being part of a movement and one of your own puts out a hit on the leader . . . who miraculously returns to life, but that doesn’t for a minute undo the evil of the kiss that got him killed to begin with. Seeing the traitor’s empty chair in the board room would bring that all to mind; in the case of Judas, everything from the night in the garden to the nights Jesus spent in the tomb. Now Jesus has ascended to Heaven. Peter and the others are gearing up for the biggest mission of their life and this task remains: to fill that seat before they move on.

Luke seems to give a blow-by-blow account in Acts 1 of how they chose a replacement. I’m surprised by what is not included. Any indignation or horror at the act is covered by a comment in parentheses that Judas reaped the reward of his wickedness—as though to note the fact but to set it aside as a distraction to the business at hand. And no one adds to Peter’s outline of qualifications, “make sure he’s faithful! We don’t want a repeat of last time.” Is that assumed? Or is it too much to presume on the future actions of anyone? There’s that whole thing Jesus talked about, about weeds and wheat growing together in the kingdom of God until the angels sort them out at the end. It’s not for us to judge, in the meantime. 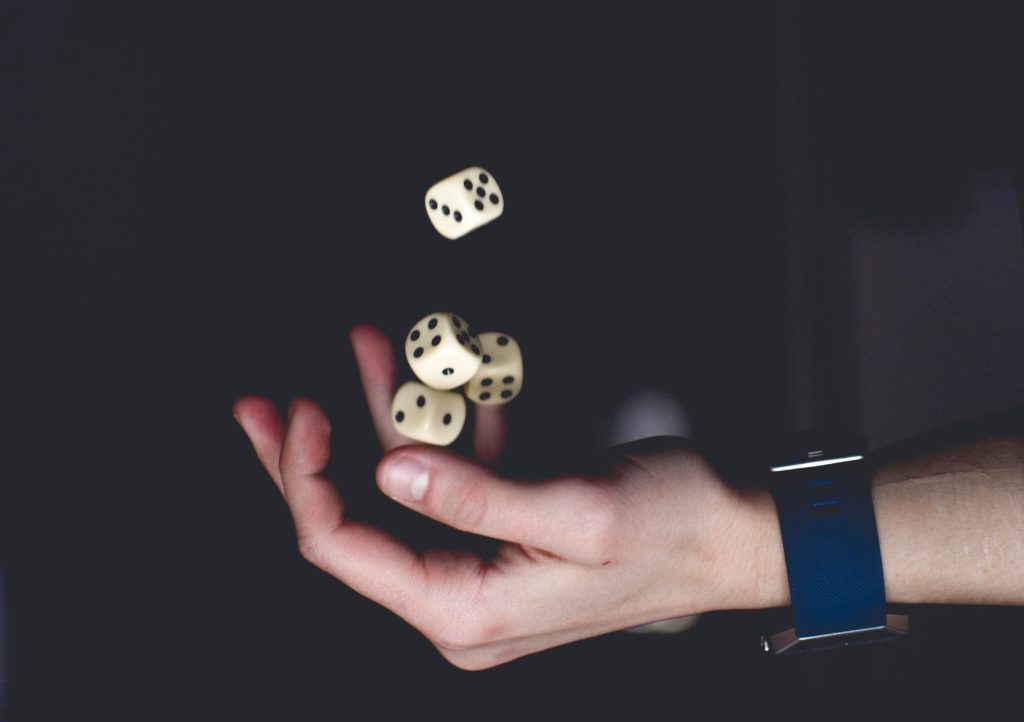 “Casting lots,” the way God’s choice of Matthais was learned, was not unlike throwing dice. (Photo from Pixabay by fotografierende)

Anyway, we don’t get much background on Matthias. He and his fellow nominee met the necessary requirements: they were with Jesus from the beginning, from his baptism by John to his ascension. Presumably there were others too, but only one person can sit in that chair to give official witness with the other Apostles to Jesus’s resurrection. Two names were put forward and Matthias was chosen by lot. The decision is guided by the Lord, who “knows the hearts of all men.” Like he knew the heart of Judas, I might add, when Jesus chose him to begin with. It’s hard to understand the “whys” of God.

So did Matthias “restore” the chair that Judas fouled? We can’t say for sure either way. Various traditions, all at odds as to details like place and manner and date, have him spreading the gospel and dying a martyr. Presumably someone would have noted the fact if he had betrayed the Lord or disgraced his calling. But the only thing we know for sure is that he was chosen.

We too have been chosen

Of how many of us, is this same thing true? We may not be chosen to apostolic office, but we have been chosen by the Lord to bear fruit (John 15:9-17). And we are chosen in him, according to God’s purpose, “so that we might exist for the praise of his glory” (Ephesians 1:11-12). Not for the praise of our glory, but for his.

We are chosen and called to bear witness. Will we be faithful? The jury is out, although God surely knows. The outcome is up to us. 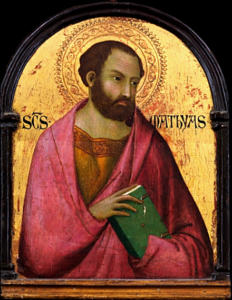 Saint Matthias, from the workshop of Simone Martini (Wikipedia)

On this the feast day of St. Matthias, we might ask for his intercession:

For all who are chosen to bear witness to Jesus and the resurrection life that we have in his name
—that we might do so clearly and faithfully, to the praise of God’s glory.
Amen.